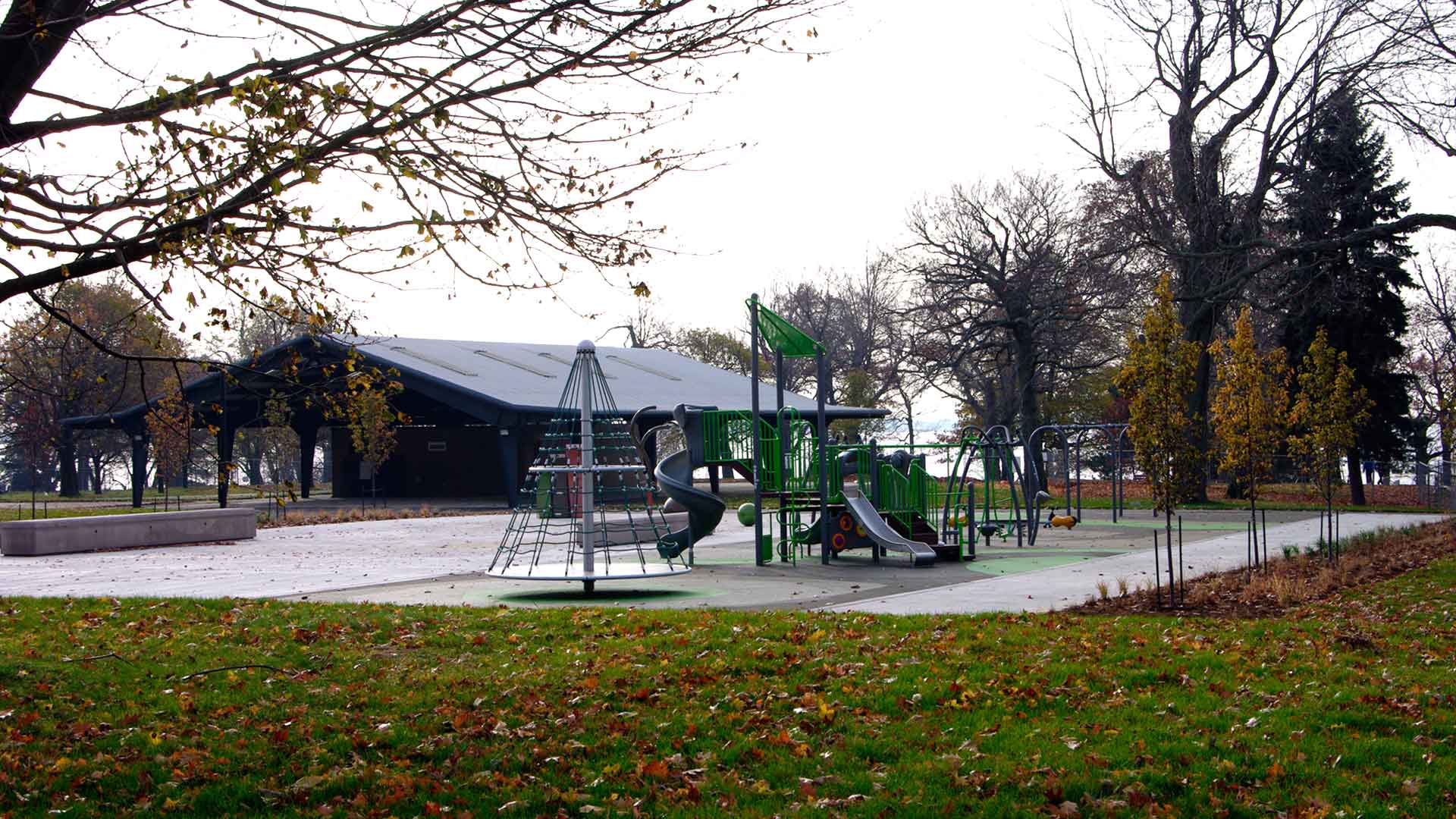 In 2009, the City of Kingston Council approved a Master Pan Concept that identified the elements that were needed to be incorporated to the revitalization of Lake Ontario Park. The revitalization of Lake Ontario Park was the largest green space redevelopment project ever initiated by the City of Kingston at the time. LCE is proud to have been involved in this complex and challenging project that involved the construction of many new park features as well as renovation of some existing buildings to improve the overall experience for all park users. The total value for this project was $4.3 million and work was completed from January 2012 to July 2013

The work included extensive demolition and removal of existing park features. Partial demolition of the existing “Longhouse” that would become the new Pavilion structure with an entirely new washroom building incorporated inside the existing footprint. As well, renovation/upgrading of the existing “Round” washroom buildings occurred to maintain the historic park features. An entirely new building to house maintenance equipment and staff was also constructed. Existing underground services (water, sanitary, electrical) were upgraded to increase capacity. New storm sewers were installed to control storm water run-off and onsite filtration was created prior to outlet to Lake Ontario.

The existing shoreline was enhanced by the creation of new beach cells that allowed for better public access. The existing concrete shorewall was repaired and a new feature staircase down to the water was added. The existing boat launch was upgraded, and a new boater dock was constructed.

Extensive new asphalt pathways were constructed that allowed for accessible public access throughout the park. Existing parking lots were reconstructed and reconfigured to be more efficient and functional.

A splashpad, a new playground structure and two sand volleyball courts were added to enhance play value for young and old alike. 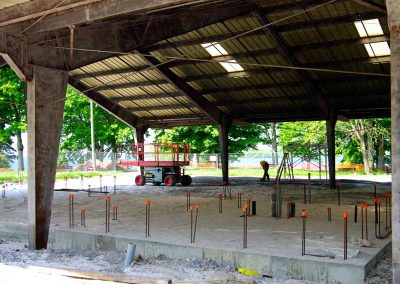 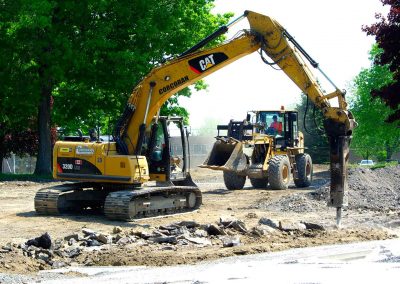 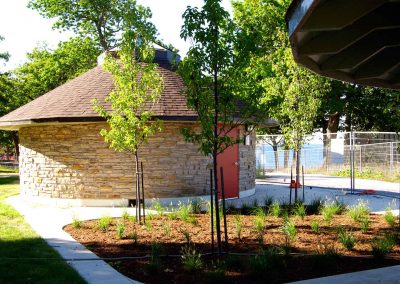 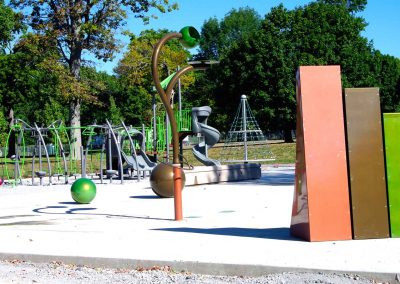