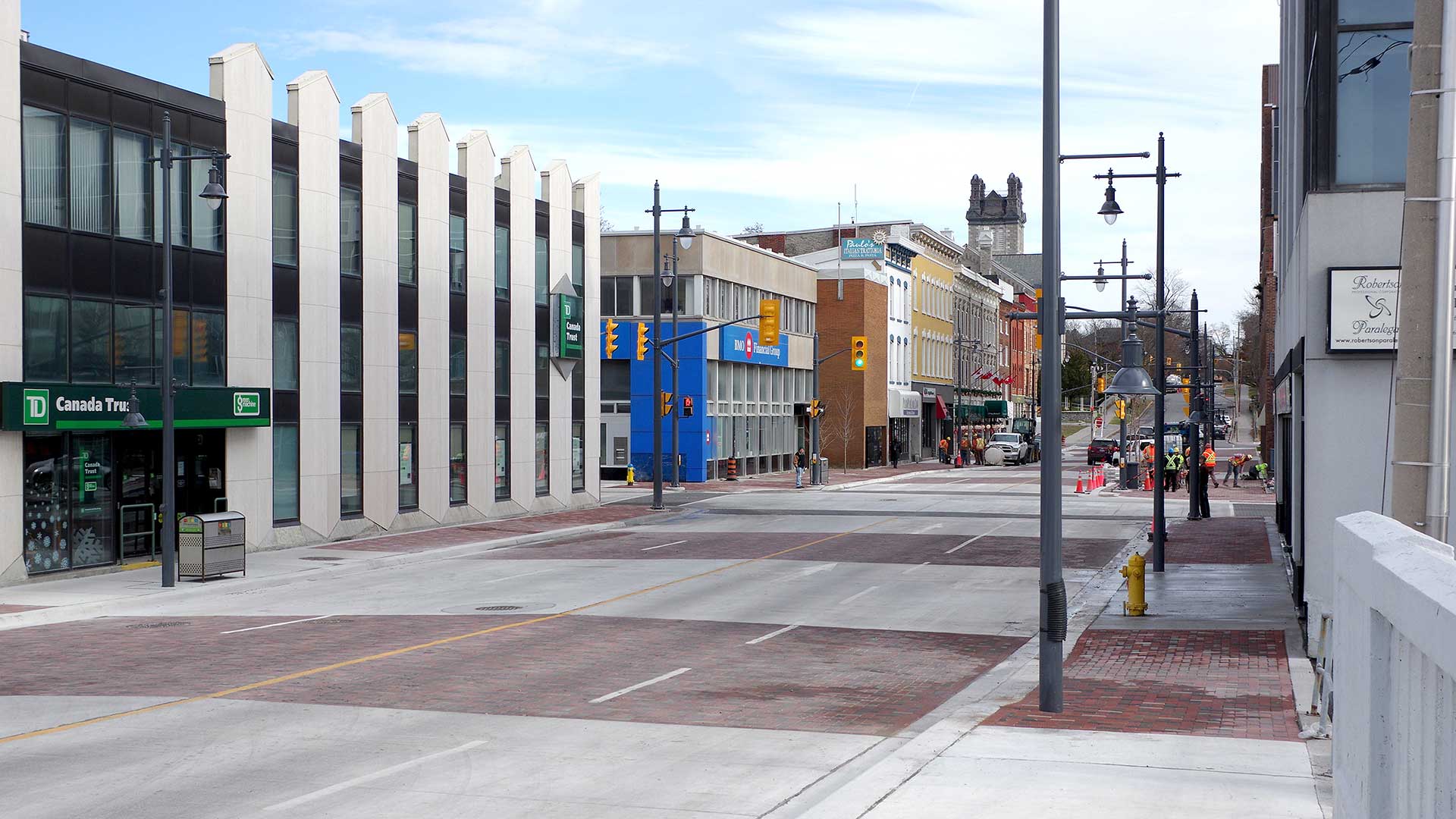 The City of Belleville created the “Build Belleville” brand to organize and support more than $100 Million in projects across the City. This was to take advantage of Municipal borrowing/lending rates and grants, supported by farsighted vision.

In 2015, LCE began the ambitious Downtown Reconstruction project – one of many Build Belleville infrastructure renewal projects. Tendered under 3 separate contracts, with Phase 3 spread over two construction seasons. Phase 3 was the largest tender awarded to LCE to date.

The work included complete reconstruction from building face to building face with significant underground utility rehabilitation and replacement and substantial architectural street scape features. This project was completed with well coordinated efforts to manage the significant pedestrian traffic and to minimize the disruptions to local merchants and communication initiatives. The project was completed within budget.

The work included complete reconstruction from building face to building face with significant underground utility rehabilitation and replacement and substantial architectural street scape features. This was the second major reconstruction project in the Downtown core to be completed successfully. LCE’s continued commitment to maintain access to businesses and pedestrian access throughout the project limits was a main factor in the project’s success. This project was completed within budget.

The third and final phase of the Downtown Reconstruction group of projects included complete reconstruction from building face to building face. This project provided unique challenges for the LCE team with respect to business and pedestrian traffic including an active Farmers Market during the main construction season. LCEs past successes with mitigating the challenges construction poses for businesses and pedestrians reassures those most affected that this Phase would be completed with as little disruption as possible.  This project was completed within budget 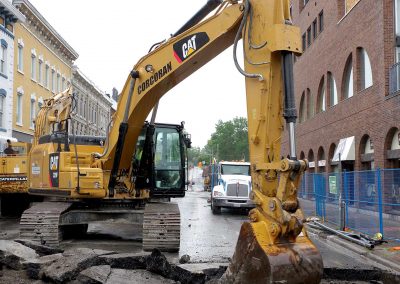 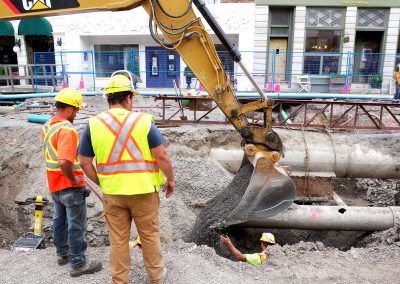 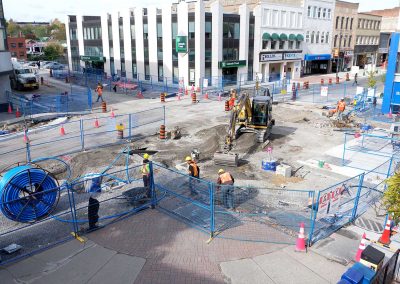 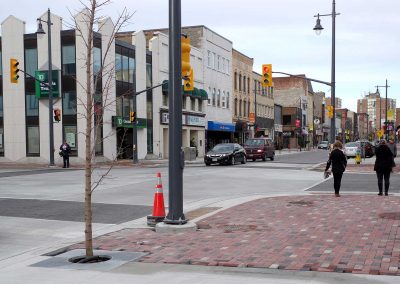