In 2010 the City of Kingston began the reconstruction of the Downtown Corridor on Princess Street. This work was divided into several phases and affectionately given the catchy nickname, the Big Dig (1,2,3, and 4) as these projects would be the biggest digs Kingston had seen.

The Big Dig family of projects are worth a combined total of $35.15 million. The main focus of this work is to separate the 100 year old combined sewer system into storm water and sanitary sewer systems. Coupled with improving the water distribution system, these projects facilitated Urban growth and intensification initiatives and improvements to meet Provincial Environmental requirements.

The work included complete reconstruction from building face to building face. The first major reconstruction project to be completed without public outcry. The Big Dig 1 project won awards and accolades for the management of pedestrians, minimization of disruptions to local merchants and communication initiatives. This project was completed on-time and within budget despite significant post-tender additions to the scope of work.

The work included complete reconstruction from building face to building face. The Big Dig 2 project based on the success of the first Big Dig, maintained excellent access to local businesses, and provided superior pedestrian access throughout the construction zone. This project was originally slated to be a full 2 year contract, however, LCE completed all major work within 2013 with only surface asphalt completed in 2014.

The Big Dig 3 project provided additional opportunities to meet the expectations of the business owners and the public with respect to access to local businesses. 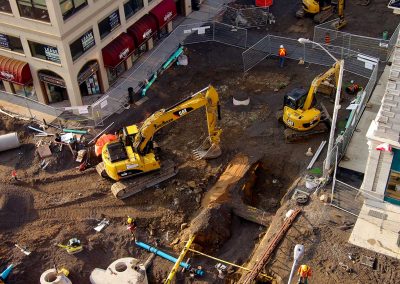 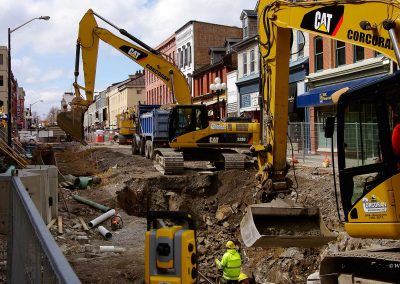 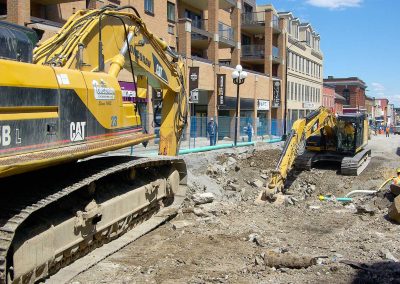 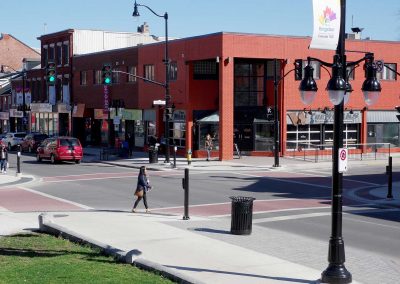